“When the wind comes and carries you far away.
Try and forget your name, and feel again like you are One with everything.” *

Something happens that pivots you. Shakes open the cocoon you were comfortable in and kicks you out of bed in a hurry. Unsettling, you bump into someone you have only talked to on occasion and now it’s a matter of live or death. What should we do? Go home and pack! Listen to the radio. KSRO, 1350. You say something encouraging you barely believe yourself. “You’ll be okay”.

Thus it was, Saturday morning a week ago. People scrambled to load their car, truck or RV. Neighbors called out – you okay? You Okay? Grabbing whatever to pack. I grabbed a blue beret I had gotten in Spain when I was 18. I grabbed the tie I wore in my son’s recent wedding. Yes, this will come in handy. Not! But my life would not be mine without these things I cared about. Who needs a toothbrush when the sky is falling? What we need are dreams or thoughts of a world we could believe in.

I did grab some frozen salmon packets from the freezer though thinking I don’t want to come home and smell this dead fish. Wow, a practical thought. But I could not get the damn cat to come. A tried for over an hour – no luck. Hazel would be on her own. My wife would kill me though if we never saw her again. Sue was headed to Florida just that morning at 5am with the church ladies, as we referred to them, her dear friends for an annual event. Oh well…

I had to hit road – I wondered where everyone would go. I wondered for myself as cars slowed to zero and inched along the roads of Windsor, to the freeway. Breaking out of our cocoons we’ll visit whoever will have us. A place to rest till we know more. Will our town survive? How bad will it be this time? Where will the smoke blow?

I headed to my sister Mary’s place to check on her. Gave her some salmon. It was great to see her and Mike. As I drove away I realized I had never been there before.

On to a friend’s house (Bill & Cindy) where several clustered to be somewhere they might have electricity. We shared a beer and some laughs. And then the power went off.

Onward I drove with my dog Ollie in tow to Novato to stay at my nephew’s house; Shaun & Stacy’s.

I listened to the radio, nothing definitive, exhausted I crashed. By morning we were all glued to the radio, the fire was moving toward Windsor, Healdsburg and portions of Santa Rosa. Nearly 200,000 people were being evacuated. Mary showed up, she was now evacuated. By evening we would see our friends Tom and Caroline too.

As the day wore on it was a roller coaster of a ride. We had no power, relying on transistor radios and car radios we would piece together information. Images came in by text or FB. 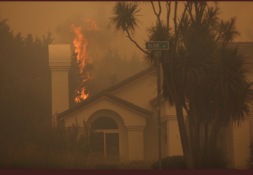 One was of our neighbor’s back yard with raging flames our house is right behind it..

News continued to come, we heard there was a fire truck stationed at every house and they were putting out any flying embers. And we had some go right to our fence and neighboring fences. One landed right on our deck. But miraculously they held the line – we are so fortunate to have had these brave firefighters here! By Monday morning a friend had sent an image of our house still standing the sky was even blue. We were beyond tears. A flush of relief rang through me.

Funny, we all had food in ice chests or fridge we would need to eat before it spoiled. So as the wind still whipped around us we had a feast, tri-tip, spare ribs and even smoked salmon. We laughed and made merry – we had made it through the day. Cocoons were breaking apart…

There was more, Julia (my youngest) was in London, she had left the day we were evacuated. She had a severe pain (appendicitis) had to go to a hospital. It became clear she would need surgery, an appendectomy.

Somehow this drama weaved its way through each day and night. The time difference, calls at 4 in the morning, 3 in the morning texts. Working through the details.  Should one of us go to London? We checked with doctors we knew. We checked the flights, the cost, the impact to work schedules. Fortunately, she was there with her boyfriend, Eric. Who was a saint in taking care (and putting up with her). He deserves a medal! Sue’s cousin dropped in to see them, even took them to dinner. We did not go to London but I could tell Sue really wanted to go. She probably would have but I had her passport with me along with my Spanish beret.

By now, I was in Sacramento – working. My brother Al took Ollie for a couple of days while I attended meetings with the feds and consultants, modelers on water issues; the next drought, wildfire damage to the water supply, to soils. Different regions, different impacts. We were focused on the coastal mid part of California. It was a good diversion for me from the fire still raging in Sonoma County.

But all through the meetings I heard from people. Julia was in surgery, then out. She would be fine. The fire was spreading, there would be another red flag wind event. Windsor and Healdsburg SR could be in the path again. No, not again. Yes, so that night we sweated it out, the Nationals won a game in the World series.

And all the while in DC they were impeaching the impeachment process, while California was burning in multiple raging fires. Our local leaders did far better!

Fortunately, by morning we had learned we had dodged another bullet. Windsor still stood, with no fatalities. In the region about 175 lost their homes (none in Windsor) but it was nothing like in 2017 when over 5,000 homes were lost. Or the Paradise fire, where my niece, Mary’s daughter, Kristen lost her home. 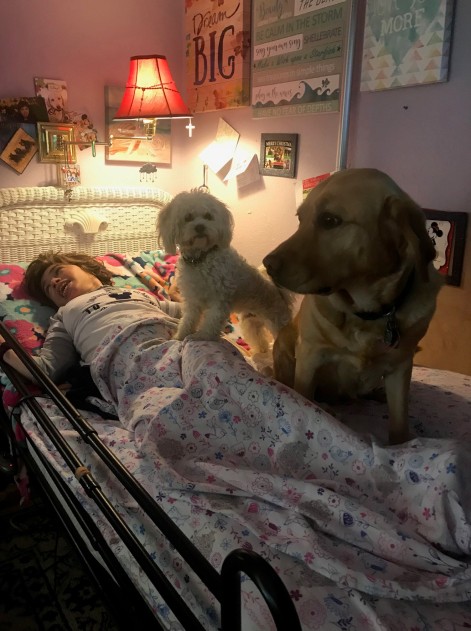 I picked up Ollie at Al’s, had not been to their home in ages. Again breaking out;  everyone converging, finding their way, feeling our way through uncertainty.

I headed to Novato to regroup and wait out the evacuation – waiting for the all clear signal. I got to Shaun’s set up an office in a room to start working again. When all of a sudden at 2pm they announced the all clear to return home. Amazingly Mary was in Santa Rosa and raced to our house. She wanted to see firsthand a house in the family that possibly survived. She knew the importance. This was not just my house, it was our house. This is where we had had Thanksgiving for the last 20 or so years. Where she had stayed at a previous time in her live. She had firsthand seen how difficult it can be with her daughter’s situation in Paradise. She called me exhilarated. The house looked good, electricity was working. She checked every room, called for the cat. Hazel, Hazel. Nothing. She checked the condition of our burnt fence. Not bad, it could easily be fixed. Hazel, Hazel, and finally the cat appeared. Mary laughed and laughed. I heard all of this on the phone as I drove toward the house. She found the food and fed the cat. My wife would not kill me after all. We had a house, a dog, and a cat with apparently 9 lives that was still with us. 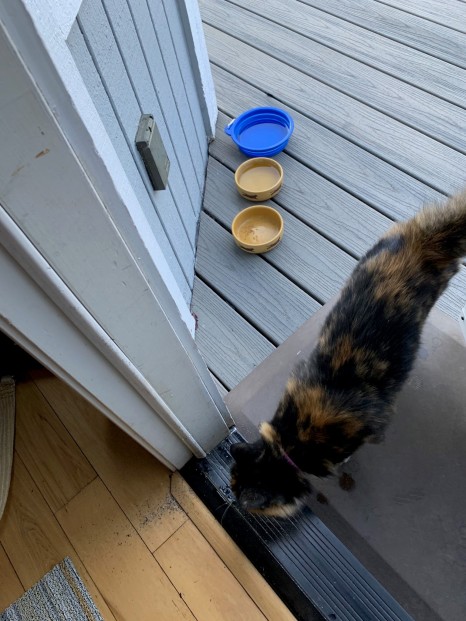 I got to Town and saw several people I have known for years at the main entrance to Windsor all waving and holding up a sign “Welcome Home”.

Miraculously, I put on some of my favorite music and began unpacking.

* Lyrics from the song Headed for the Stars, by Mark Millan, Copyright – Ellie Mae Music 1976

8 thoughts on “When the wind comes”