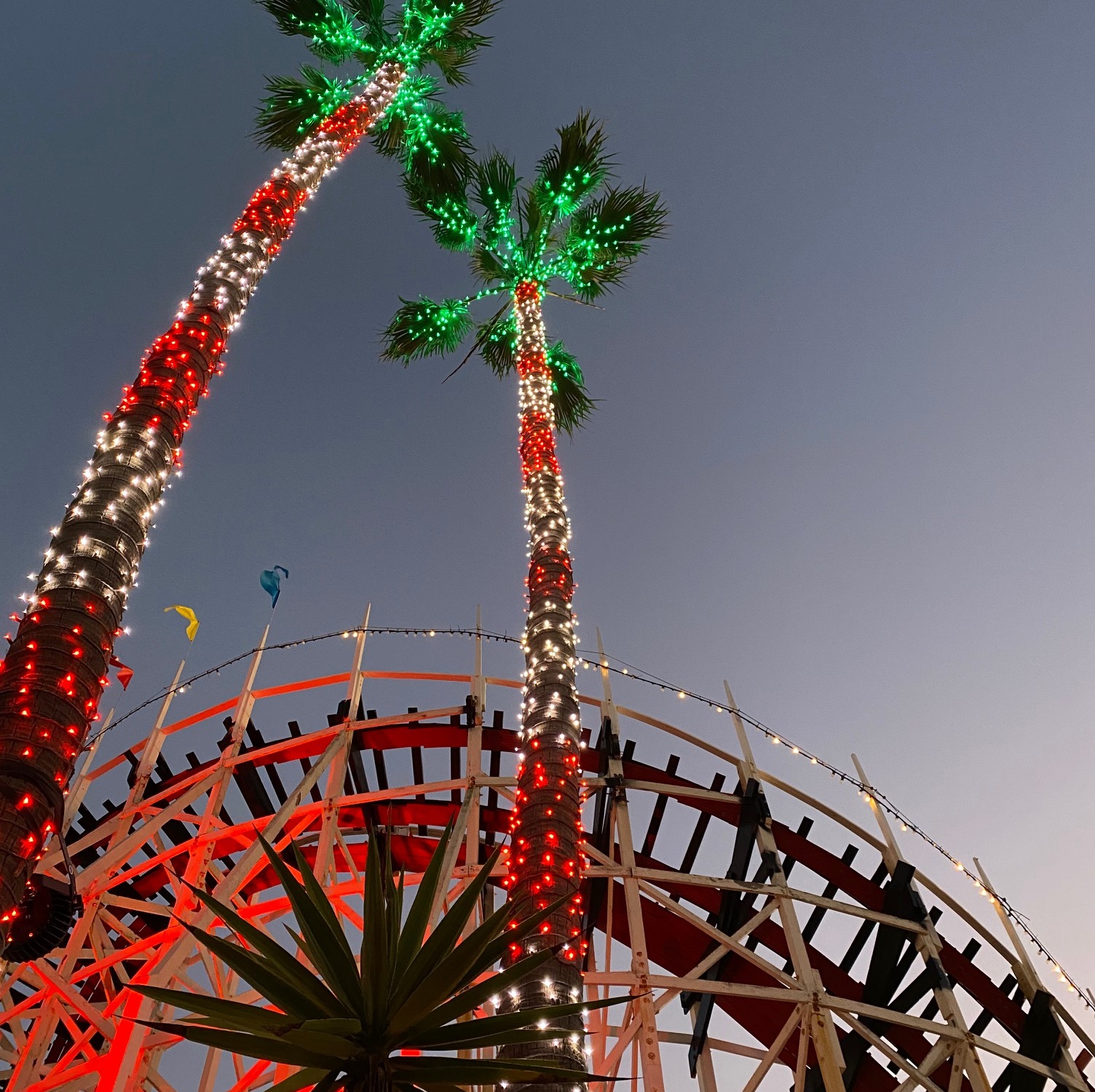 I don’t know why but I tend to feel closer to God when flying high in the sky.

Lame I know but I can see where others feel closer in their own other ways.

While sitting out front of our unit on the Ocean Front Walk in Mission Bay/San Diego, 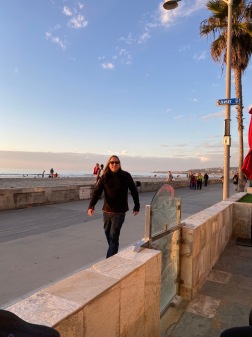 we saw them fly by in a series of movements. This way and that, back and forth from one end to the other, and back again, from one end of the beautiful stretch of beach to the next. A two way highway with a dividing line in the middle.  Actually, a circus of humanity.

Sliding on skates drifting in a whole other universe he glided moving his arms, gliding with his fingers moving like a ballerina leading the philharmonic orchestra. Yet what a character dressed in crazy garb, knee pads, elbow pads like a competitive roller derby skater. But gracefully he rolled smiling, waving two fingers to anyone who might catch his eye. 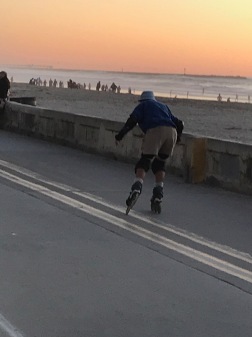 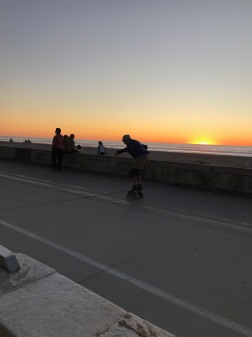 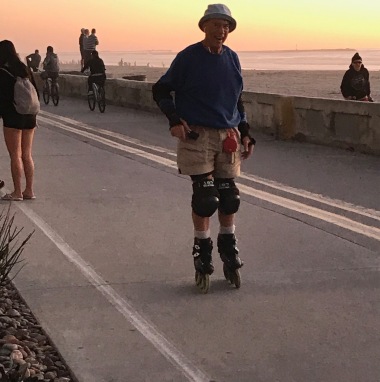 We never caught his name, but we did see him each late afternoon just before sunset. Gliding by so slowly, so gracefully to a soundtrack only he could hear but we could all feel just watching his movements. He was at one communing in a space he knew only too well, and we were just visitors in his world.

There were others too, boarders with boom boxes gyrating to an obnoxious soundtrack they thought was cool. Up and down the walk-way like a highway of streaming people. Children on little wheels, bikes, skateboards, scooters. Overweight grow-ups on motorized scooters breaking the wind in their path as waves crashed in the over whelming soundtrack of the moment – the ocean. A scene from a Federico Fellini movie in a daily repeating loop. 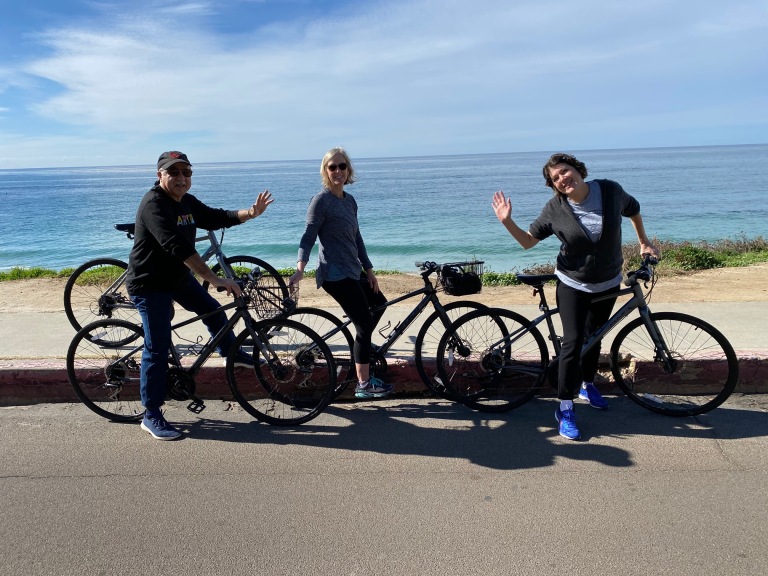 Like clockwork, each day this is what we saw perched on our porch, observers until we too hopped on bikes ourselves and joined the circus. Carefully navigating through the humanity, not wanting to run into anyone.

Occasionally one rabid drifter would come through yelling loudly to everyone but no one in particular. Obviously mentally disturbed or on some unfortunate drug. “F__ you, F__ you. You’re all going to hell!” In his own hell we thought and why so mad at the world. No one would engage him. People moved away instead frighten not to provoke the madness further. We too backed away until the noisy disturbance was out of range.

And the large pipeline of waves continued to crash beautifully in sync with the sunset.

The parade continued with all the various participants, visitors, locals and those disturbed. All constantly moving on their side of the line unless they had to pass 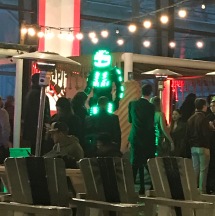 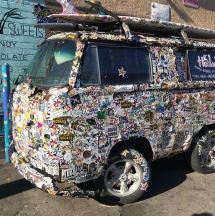 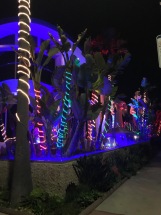 someone.  Voices from many countries, smiles in many shades and plenty of laughter.

Our beautiful friend cruised by again, this time we were brave enough to ask him what he was listening to. With a wink he removed his earphones so we could hear it too. It was the soundtrack from the opening of Downton Abbey.

We all laughed. He smiled and gave us the sign and then glided way in his beautiful poetic movements without missing a beat.

And so, our new year begins with these inspirations from the walkway at ocean front… now gliding to our own soundtrack in the new year.