I first ran away from home when I was 14. Why would a person run away? I don’t really know, but I suspect they may be hurting and need to go somewhere to feel better. To get better. To perhaps heal. So, here I am running away again today. Far away this time, to the south of France actually. Nice, huh.

Well when I was 14 I was not sure if I was being a rebel or an idiot.  I wanted to go somewhere and see what was going on. Onetime, my parents would not allow me to visit my older brother Al who was living in the City at the time. He was attending SF State. There were riots on campus and in the streets against the Vietnam war. Al lived near an area called the Haight and there were young people arriving from all over the country. So, I was not alone in my thinking, nor was I a first. There were kids leaving homes by the thousands.

It was 1968 or 9, it was spring break and I wanted to go see Al. “No” my smart parents said and of course I could not hear them. I awoke early one morning, left a brief note, and walked to the Greyhound bus station downtown and caught a bus to SF from San Jose. No big deal to me, I was independent, I could do this. I felt so strongly that I had to go. To see some things, to “find myself”. So, I went. 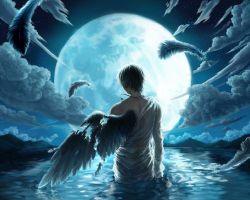 I don’t recall what I expected to find nor what I was looking for in particular. I do recall a few things though. I walked a lot. I went to a place called the Huck Fin House and found a place to crash. It was with a black guy who was trying to make ends meet. He let me stay at his place. It was a dumpy place, I sleep on the floor, but it felt safe. He was kind and did not ask why or what I was doing. In the day time I would wander. I walked through the Haight, I walked through Golden Gate Park. I thought about my family. I thought about my young life – just starting out.

We don’t always think of others’ perceptions. I cannot imagine what my mother and father went through at the time. It would be years later before I could talk about it with my mother. I had heard at the time she was so broken hearted and worried sick. OMG. Looking back, it is easy to see how selfish on my part this was – I was 14 and head strong, but still I wish I had never caused her such pain. And being a parent now, I had not even told my children this story, because I did not want to give them any ideas; especially as they went through their teen years. I watched for signs as I knew how difficult those years can be for any person.

Fortunately, after a few days on the run, I made my way back to San Jose, to my best friend’s house, Steve Beamer. His family was like a second family to me. I felt I could be myself there. They had a piano which is how and where I learned to play by ear only. Could not read a stitch of music. But I would play for hours melodies that just sounded good to me. And an occasional Neil Young song that I would manage the cords of.

Steve lived in an Eichler home, kind of a hip 60s trendy home, had a trampoline in the back yard and a little shed. The shed was once a playhouse for little kids, but Steve threw a dresser in there and a bed on top of that, so it was suitable for sleeping which is what I used it for.

Was there only one night when my sister Mary appeared in the morning. She was glad to have found me. And I (secretly) was glad she had found me. We cried, she said it was time for me to come home. So, we did. Mary had saved me from myself. I would not forget it, ever. It was a link we have shared to this day.

Years later Mary and I would be shooting the breeze with my Mom. She had put up with a lot of crap from my father. She told us she wanted to run away like I had – runaway from everything that was happening to her, as her life began to collapse. We said you can do this Mom. Go, we will even help. But she could not. She was tied to her children’s well-being and could not walk out that door. I marveled at her strength and determination. Later she would die of cancer of the pancreas. She never really got away until then.

I had not thought of these things at all in years. Really. But while coming out of anesthesia from the surgery I had just a few short weeks ago to repair my collarbone, I felt my mother’s presence so strongly. It was overwhelming, a washing over my being. I felt a peace and a wink and nod. Okay, your okay. I’m okay, we’re okay. Okay?

Maybe. I don’t know for sure. But tonight, I am flying once again over the waters that they say separates us from our origins. I do not feel that way though, I feel drawn once again to some kind of a connection. I am lucky because it has been less than a year that we were here, just as the terrible fires that struck our unknowing wine country were arriving. Drawn again to a continent I cannot let go of …and that will not let go of me.

Nice. I will take you again. The last time I flew by in a train. I was but 18 circling the Mediterranean on a $200 Eur-rail pass. I’m sure I had very little money and nowhere to stay. So, I rode the rails looking and watching out the window. I am sure I saw you, but I did not get to know you. This time I will.

Yeah, I am running away again back to you. And back to myself, my slowly healing self – hopefully.

With 9 screws and a metal plate in my right shoulder, it’s a wonder I can even function.

But on this trip, as when I was so young, I have no idea nor expectation of what is to come. Zero. But I am glad to be alive and traveling again.